Anti-fishing attitudes are a threat too

Originally Published by Ontario Out of Doors, 2016

We are all familiar with the strong anti-hunting sentiments pushed on society by some individuals and groups. They may not be in the majority, but they are always making noise in an attempt to influence government policy and the court of public opinion. The hunting community faces an ongoing onslaught of anti-hunting propaganda campaigns, misrepresentation of the hunting community in the media and misguided animal cruelty legislation.

The fallout of last summer’s Cecil the Lion media spectacle continues to bring unwarranted scrutiny on the broader hunting community. Protests, petitions and propaganda here in Ontario convinced hotels to renege on agreements to host African hunting shows. The OFAH spoke out against these inappropriate actions and continues to work hard to counterbalance any misinformation about hunting — see www.ofah.org/hunting.

Although African hunting is not a part of the OFAH mandate, it is being used as a platform to spread misinformation that slanders the entire hunting community. As OFAH President Glenn Rivard predicted in his October column, Cecil the Lion would only be the thin edge of the wedge, and anti-hunting groups will continue to use African hunting as a means to garner support to limit our hunting here at home. Antihunting advocates prey on an uninformed public to blur the lines between all forms of hunting, so we must remain vigilant and continue to set the record straight.

As anglers, we don’t generally face the same level of scrutiny as hunters. Anti-fishing attitudes may not compare to the rabid anti-hunting opinions that are out there, but it doesn’t mean it isn’t a real threat to our fishing future. It isn’t just commercial fishing that is targeted either, as recreational fishing and anglers have their detractors too. There is often not a clear enough distinction made between modern recreational fishing, century-old unregulated harvest of species like Atlantic Salmon or the more recent collapse of a mismanaged Atlantic Cod commercial fishery. To some people, fishing is fishing.

Although you may not have experienced anti-fishing attitudes yourself depending on where you live or fish in the province, they are more common than you might think. I want to share some recent real-life examples of issues faced by Ontario anglers to show that it happens.

In 2015, participants and organizers of two separate childrens’ fishing events held in City of Toronto parks were harassed. Anglers were berated with malicious verbal attacks on their personal ethics, unfounded claims about littering and fish pain, as well as claims that fishing was not allowed. In addition to being verbally harassed, participants (including children) were photographed – leaving many feeling like they were criminals. Event organizers had appropriate permits, made the necessary considerations to take care of garbage generated by the event, and even took steps to minimize the disruption of other park users.

Even if you haven’t personally been on the receiving end of anti-fishing attacks, it is important to know that anti-fishing propaganda is out there and there are some people who are trying to limit our fishing opportunities. You may be wondering how someone could be so opposed to fishing. Their agendas come in all shapes and sizes – from those who don’t agree with eating fish (or any animal protein), harvesting wild caught fish, or even those who are simply against the act of fishing itself because of perceived concerns such as ‘fish pain’.

These agendas are expressed in different ways too, including campaigns that aim to sway the public away from eating wild fish or efforts to lobby the government for more marine protected areas. Without the appropriate context and understanding of modern recreational fishing in Ontario, the lines between myth and reality become blurred, increasing the risk for poor management decisions to be made.

This is where the OFAH fights back on behalf of anglers to protect their rights and traditions from unwarranted persecution. We will continue to do this by actively promoting recreational fishing as a highly regulated and sustainable activity that provides many benefits to society, as well as providing a strong defense against any and all of fishing’s detractors. 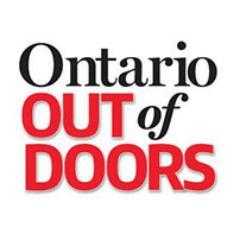