Fishing fever: Why P.E.I. families are hooked on angling

P.E.I. families love their fishing, as seen by a flurry of photos on social media taken on opening day this year.

“We got a lot of pictures coming in, we love to see those pictures,” said Rosie MacFarlane, freshwater fisheries biologist with the P.E.I. government, referring to photos posted to the Fish and Wildlife PEI Facebook page. 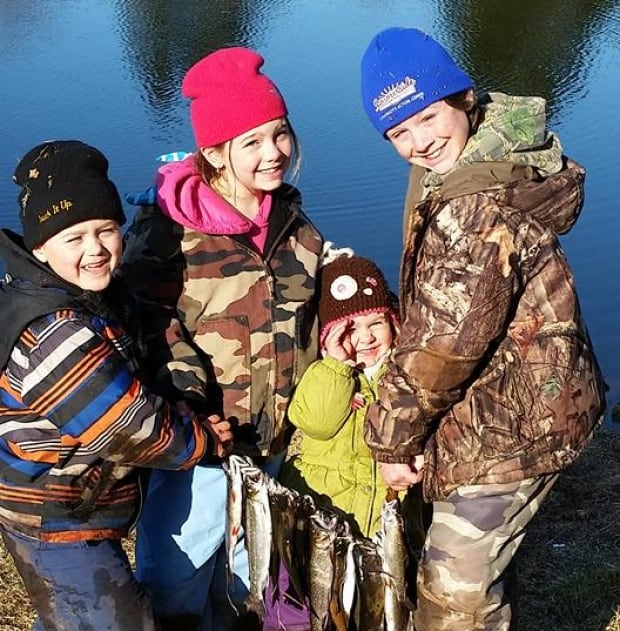 Families were invited to submit their opening day photos for a chance to win some fishing gear. (Fish and Wildlife PEI/Facebook)

MacFarlane points out that fishing is affordable. Parents don’t need a licence if they’re just helping their children and not fishing themselves. And it’s even free on the family fishing weekend — the Victoria Day long weekend — when no one needs a licence.

“I think people are looking for things to do with their kids that don’t cost a lot of money and fishing is a really good one,” said MacFarlane.

“They like to get their kids outside and away from screens, I think many parents, myself included, have that issue with children and screens so it’s nice to get them outside and do something in nature. 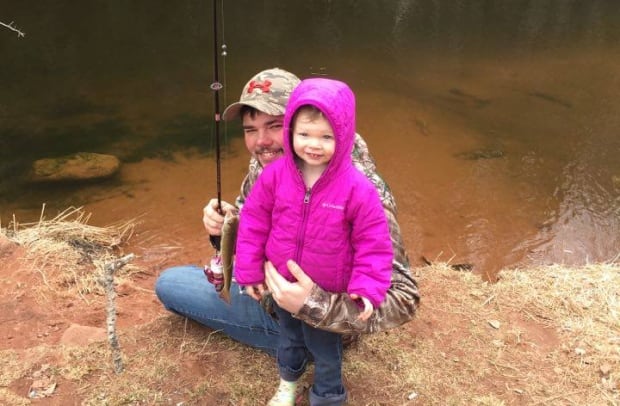 Two-year-old Aubree Somerville with her dad Neil in Valleyfield, near Montague. (Fish and Wildlife PEI/Facebook)

There’s a very special family connection to fishing for 3 1/2 year old Isaac Arsenault, fishing for the first time with his parents. He caught his first fish at Marchbank Pond on the Blue Shank Road. The pond belongs to his father’s family, the Marchbanks.

“We enjoy fishing,” said Isaac’s mom, Rebecca Arsenault. “It’s good quality time with your family and we love being out in the nature.”

This is the first time that young Isaac got to join them for the early morning start.

“Our tradition has been getting everything ready the evening before and heading out nice and early on fishing day with a picnic.” 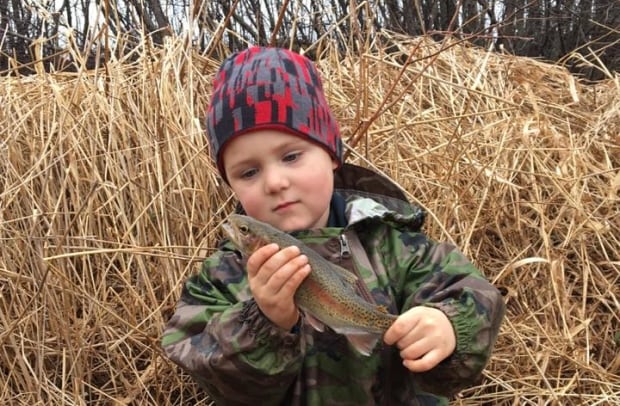 Isaac Arsenault shows off his first catch ever. (Fish and Wildlife PEI/Facebook)

For Phil Thompson, opening day was a chance to get back to fishing, his time in about 20 years.

“Honestly, it was my first time fishing in 20 years, I never had any time I was always working,” said Thompson, who brought along his six-year-old daughter Hanna, fishing for the first time in Bedeque.

“I just started a new job with less hours so I said, ‘What better time than now?'”

Hanna had lots of questions on how to catch fish, he said, including if they could take it home for a pet.

“I think it’s a nice way to spend time with my daughter and hopefully we will do it more often.”